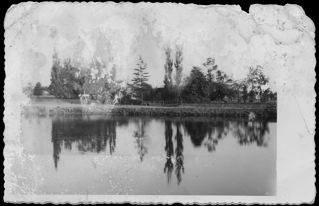 “The Lair of the Fox.” Auschwitzer Strasse 36b, the author’s family residence,  became a safe haven and temporary hiding place for Jews between 1941 and 1943.  Chrzanow (Krenau), Poland. In January, 1945, during the family’s flight from Poland, much of  their luggage was stolen at the end of their journey. After rifling through the  content, the thief threw one of the cases into the Werra River. A kind soul fished it  out and restored the waterlogged papers and photos to the family. The photo to  the left is one of those saved. 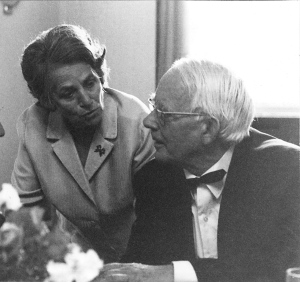 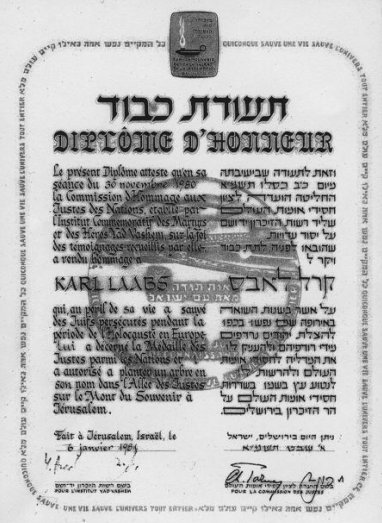 The Diplome d’Honneur, issued by Yad Vashem, the Holocaust Memorial for the Martyrs’ and Heroes’ Remembrance Authority. It “conveys upon Karl Laabs, who, at the risk of his own life, saved persecuted Jews during the  Holocaust in Europe, the honor of the Award for the Righteous among the  Nations, and authorizes the planting of a tree in his name on the Avenue of  the Righteous on the Mountain of Remembrance in Jerusalem. Jerusalem, January 6, 1981.”

The author planting a tree in her father’s honor on the Avenue of the Righteous, Yad Vashem Memorial, Jerusalem, Israel, 1983. 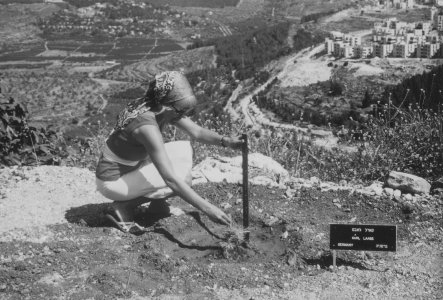